LearnerScript Version 2 Out! Here Is What You Can Expect 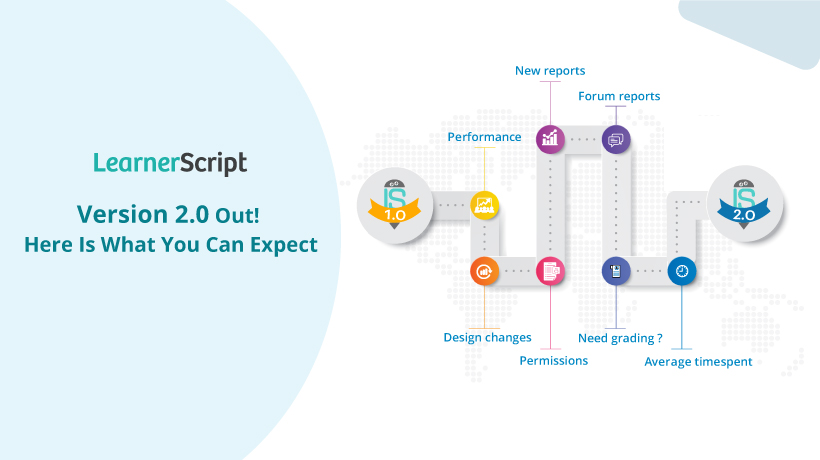 The second version of LearnerScript, the Moodle analytics plugin, is released into the market now. And there is a lot in store for you from version 2. The version 2 from LearnerScript culminated out of the feedbacks from our valuable clients, interactions with Moodle admins and L&D decision-makers, expectations from teachers and managers, bug fixings and the improvements we wanted to include.

If you like to learn more about LearnerScript, a Moodle analytics tool from eAbyas Info Solutions, which is a Moodle Partner, follow this link. We bet you won’t regret following it!

Now, let’s see what’s new in the latest version of this plugin for the Open Source LMS.

What You See in Version 2

Here is a list of changes in the second version of LearnerScript.

What else is left? Yea, there is more to know about the tool. Come and join us at one of our live webinars. And get this advanced Moodle analytics and reporting tool.

For those who do not know, LearnerScript is a Moodle analytics plugin designed and developed by a Moodle partner for the betterment of Moodle learning analytics. The cool thing about this product is it comes as One Time Purchase, but no exorbitant subscriptions.

We use cookies to ensure that we give you the best experience on our website. If you continue to use this site we will assume that you are happy with it.Ok